The next day, at dawn, the king sends the sorcerer and ten guards to accompany Anu, as well as enough supplies to last a month. He tells her that the party will be setting up camp in the mouth of the forest for the month while she ventures deeper in. “For only thirty days,” the king warns.
“Yes,” Anu says. “I understand.”
The king regards her. “I will give you these words to guide you. One, once you carry the vetala’s corpse, you must not utter a sound, or it will go back to the tree. Two, you must not let go of the vetala even once, or it will leave. Three, the vetala always lies. Heed these wisely.”
Anu bows. “Thank you. I will do my best to honour you.”
The journey to the forest takes less than a day. Satchel in hand, she leaves the party behind and heads into the trees without a single look back.
The forest is thick with trees at the start, birds twittering and soaring from branch to branch above Anu’s head. Sunlight streams in through the canopies above, and the ground underfoot is rich and loamy, making for a pleasant trip. Anu breathes the air in, the tension in her body easing.
But as the hours pass and the first splashes of sunset soak into the sky, Anu notices that the trees have become even denser, and that all birdsong has stopped. Twigs crunch and branches crack all around Anu, as though creatures of great weight stalk her in the night. Anu quietens her steps and presses forward.
After night has fallen, a little under a day by her estimates, Anu finds the banyan tree. She knows it not only by sight, but by pure instinct; something inside her rears its head, baring its teeth. She approaches cautiously, finding a path by moonlight.
The tree has a hollow in its trunk, big enough to fit at least two people. This will make good shelter for the month, though Anu has no plans to stay that long.
She drops her satchel and circles the tree to look into its branches. Near the back is the one biggest and closest to the ground, upon which sits the corpse. It has long black hair and is dressed in an old white sari — the colour of mourning. Its dark brown skin is slightly ashen. It is leaned back against the trunk in a position of repose, its eyes closed. Were it not for the lack of breathing, Anu would mistake it for someone . . . well, alive.
Aside from all that . . . the corpse — or, rather, the person it was — is beautiful.
Anu rids herself of that thought and places her hands on her hips. She could try to carry the corpse now, since it is at rest, but how? Maybe the body is light enough for her to bear the weight? But touching it might wake it up . . .
Anu shakes her head at herself. She has thirty days. She should get her mistakes out while she can.
Regret twists her insides as she approaches the body. Her parents had always taught her to respect the dead, and here she is, desecrating a body for her own wishes.
“Stop it,” she murmurs to herself. “You’re doing this to live.”
Anu takes a breath and pulls the body into her arms.
She almost drops it — not because of the weight, but because of the surprise. It’s feather light, almost insubstantial in her arms, and surprisingly warm. Anu takes a few experimental steps away from the tree, marvelling at the ease of her movements.
“Well, all right, then!” she crows.
The corpse disappears from her arms.
Anu blinks. “What . . . ?” She turns, and the corpse is back in the tree.
Only this time, the vetala stares back at her, its mouth quirked into a grin. It gives a little wave and says, “Well, this is new.”
Anu screams and staggers back, bracing her hand against the tree for support.
The vetala tsks. “That will have cost you, too,” it says lightly, jumping to the ground. “No talking, screaming, yelping, or any sound allowed. Didn’t your king tell you that?”
Despite how her knees buckle and her ears ring, Anu can’t help but grimace. She forces the irritation to override her fear and stands upright. “He’s not my king.”
The vetala raises an eyebrow; Anu thinks it looks almost intrigued. “Oh? Are you not here at his behest? What else would bring you here?”
“I want to live,” Anu hisses. “This is the only way.”
“Hm,” the vetala says, disbelieving. “Well, good luck with that. I won’t make it easy for you.”
And with those words, it launches itself back into the tree and, presumably, goes back to sleep.
On trembling legs, Anu makes her way inside the hollow of the tree. The night is eerily quiet, and there’s a monster just above her, but somehow, she falls asleep in moments.

…aaaaand welcome back. That was ANU AND THE VETALA by SRIKRIPA KRISHNA PRASAD, and if you enjoyed that, check out her story “ACCEPTANCE” in Cast of Wonders, episode 458

Sri sent us these notes on her story: I remember reading the stories about King Vikramaditya and the vetala as a child in this series of comics in India called Tinkle comics, which were collections of comics with different stories covering original stories, folk tales, and myths. The historical stories about the vetala were some of my favourites; I would always remember excitedly trying to figure out the answer to the vetala’s riddles and seeing if it matched what the king answered with. The original stories end with the king capturing the vetala because he’s stumped by one of the riddles, doesn’t know the answer, and thus can’t speak and cause the vetala to fly away. I recently realized that it was strange that the king felt so beholden to answer the vetala, and that a reason why could be because of his pride. Adding that to my instinct to make all my writing feminist and queer, I wanted to explore the vetala’s magic and humanity some more, and thus Anu and Preethi were born. It’s been such a pleasure to write about these two women finding freedom, healing, and love in each other!

Thank you, Sri, for the notes and the story. This was wonderful, even without being familiar with the original story of King Vikramaditya and the vetala. I’ve been trying something on social media lately, which is possibly pissing into the wind given the sheer toxicity of Twitter most days, but still: when someone starts trolling me, instead of flying off the handle I’m trying to stop, and take a breath, and think about what must be going wrong for them to leave them in such a place of anger and pettiness. It’s hard to go against my instincts like that, and not get my back up, but when I can manage it, it’s a much healthier response for me to simply ask them if they’re okay rather than getting dragged into a spiral of bitter and pointless fighting. It’s like an updraft that lifts me instead of a weight that pulls on my mind and my mood. It feels like that’s Anu’s lesson here, too; she’s so wrapped up in her own woes she can’t see the pain of others around her, and it’s an idea that encroaches into her worldview only slowly. Once it does break through, though, and once she considers Preethi’s point of view, it unlocks so much for her. It’s a hard skill to train yourself in, for sure, but it’s one that benefits you as much as everyone around you. It’s an irony that letting go of selfishness often benefits you as much as anyone else. 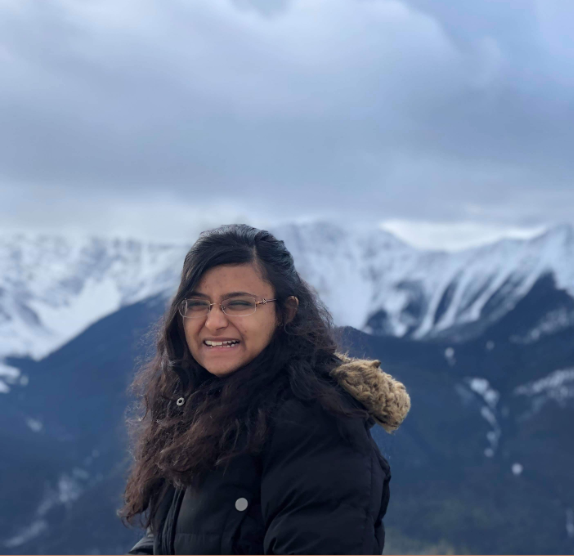 Sri is a graduate student hailing from near Toronto, Ontario, who is (metaphorically) wandering the world, searching for purpose. She is deeply fond of reading and writing speculative fiction, especially fantasy, and has work published in Cast of Wonders; she hopes to publish more soon. Outside of writing, she is learning how to play the guitar and piano, practicing the violin, daydreaming, and trying to motivate herself to finish any of the numerous projects she has going. You can find her on Twitter at @sriative, where she rarely tweets but lurks in the shadows, casting her judgmental yet benevolent eye over the world.

S.B. Divya (she/any) is a lover of science, math, fiction, and the Oxford comma. She is the Hugo and Nebula nominated author of Meru and Machinehood. Her short stories have appeared in numerous magazines and anthologies, and she is a former editor of Escape Pod, the weekly science fiction podcast. Divya holds degrees in Computational Neuroscience and Signal Processing. She worked for twenty years as an electrical engineer before becoming an author. Born in Pondicherry, India, Divya now resides in Southern California with her spouse, child, and two fur babies. She enjoys subverting expectations and breaking stereotypes whenever she can. Find out more about her at www.sbdivya.com or on Twitter as @divyastweets.

Cindy Fan (she/her) is an illustrator and night owl who specializes in bringing stories to life in a dreamy and thoughtful manner for print and digital media. When she’s not drawing she loves walking slowly and aimlessly admiring the textures around her. Her work can be found at www.cind.ca