PodCastle is a weekly fantasy podcast producing audio performances of fantasy short fiction, including all the subgenres of fantasy. PodCastle launched on 1 April 2008 as part of Escape Artists, Inc. with Rachel Swirsky as founding editor and Ann Leckie as assistant editor. 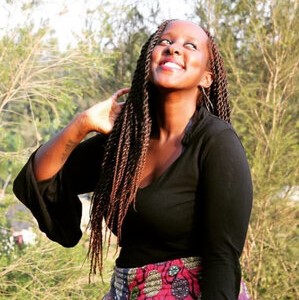 Shingai Njeri Kagunda is an Afrofuturist freedom dreamer, Swahili sea  lover, and Femme Storyteller among other things, hailing from Nairobi,  Kenya. She is currently pursuing a Literary Arts MFA at Brown  University. Shingai’s short story “Holding Onto Water” was longlisted  for the Nommo Awards 2020 & her flash fiction “Remember Tomorrow in  Seasons” was shortlisted for the Fractured Lit Prize 2020. She has been  selected as a candidate for the Clarion UCSD Class of 2020/2021. #clarionghostclass. She is also the co-founder of Voodoonauts: an afrofuturist workshop for black writers. 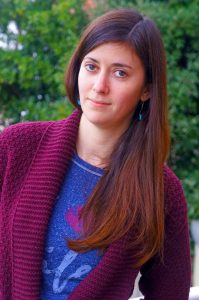 Eleanor R. Wood writes and eats liquorice from the south coast of England, where she lives with her husband, three marvellous dogs, and enough tropical fish tanks to charge an entry fee. Her stories have appeared in dozens of venues, including Nature: Futures, Zooscape, Fireside, The Best of British Fantasy 2019, and Best of British Science Fiction 2020. 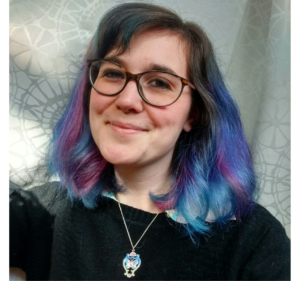 Sophie Barker studied to become a doctor but was rescued by translation before there was too much damage done. She has worked with authors such as Lucy Taylor, Priya Sharma, and Kelly Robson in bringing their work to Spanish readers. She is very lucky to be surrounded by a great community of literary friends that keep reminding her that she is loved. She lives in Madrid, but her Scottish blood keeps calling her to Edinburgh. You can find her fangirling about one female writer or another on Twitter @S_A_Barker 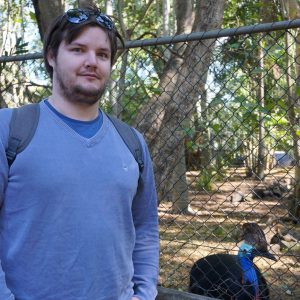 Devin is a colony of uncooperative cells with a voracious appetite for cheesecake. After studying psychology and computer science, he almost fell into a career teaching robots how to kill, but escaped at the last moment. A number of arcane arts have vied for his attention, including programming and game design (both board and video), but writing has sung the sweetest. He lives with his brilliant scientist of a spouse and they call Cardiff their home. He almost never tweets @devinxmartin and he has a wide range of disturbing cackles. 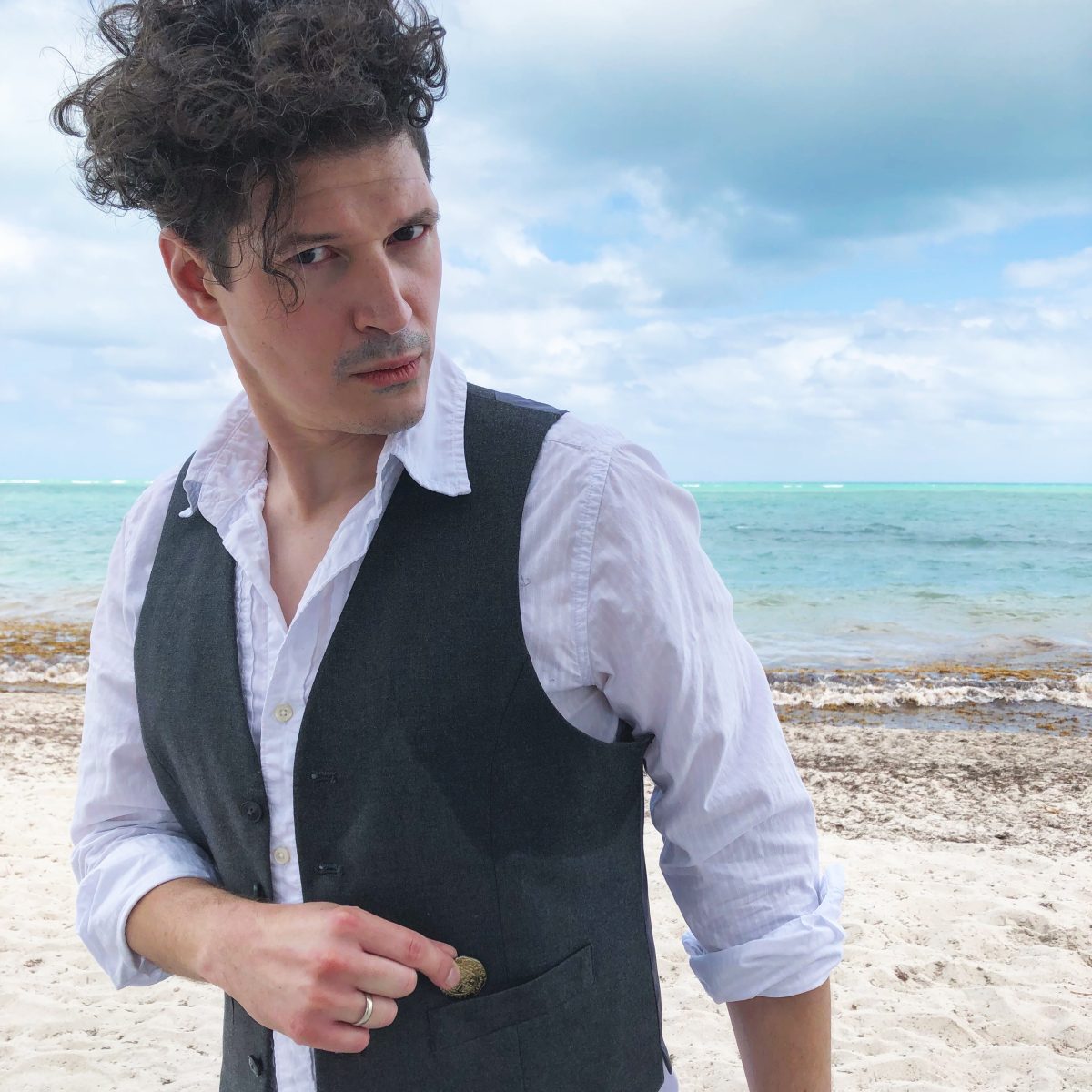 Eric Valdes is a sound mixer, performer, and creative human like you. He has spent the past two decades specializing in audio for visual media, and was nominated for a Daytime Emmy Award for Outstanding Sound Mixing for his recording work. Eric adores theatrical improvisation, but has also lent his face and voice to films, commercials, songs, and plays that may actually have been written beforehand. Eric journeys through life with his author wife Valerie Valdes, their two frighteningly high-energy offspring, and their two thankfully low-energy cats. Catch him making up silly songs on Saturdays on twitch.tv/thekidsareasleep, or stare in wonder while he anxiously avoids posting on twitter and instagram @intenselyeric. 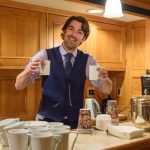 Matt Dovey is very tall, very British, and most likely drinking a cup of tea right now. A village elder once told him the scar on his arm marked him for greatness, but he’s not so sure. He now lives in a quiet market town in rural England with his wife and three children, and still struggles to express his delight in this wonderful arrangement. Although his surname rhymes with “Dopey”, any other similarities to the dwarf are coincidental. He has fiction out and forthcoming all over the place: keep up with it at mattdovey.com, or find him timewasting on Twitter as @mattdoveywriter. 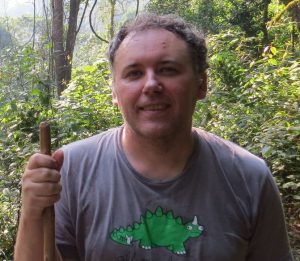 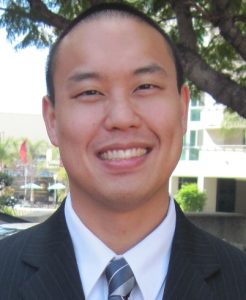 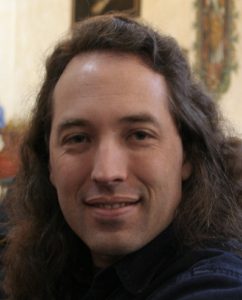 Craig Jackson, known on the forums as Ocicat, is usually found wandering the woods outside Seattle. He studied astrophysics at UC Santa Cruz, and convinces people to give him money for breaking their computer programs. He is the founder and president of the Coalition to Ban Dihydrogen Monoxide (DHMO). He’s also a community organizer involved in Seattle’s Sex Positive and Polyamorous communities. In addition he has a passion for partner dancing, is a WA state forest steward, plays roleplaying and other games, and studies religion and folklore. Anything for a weird life. 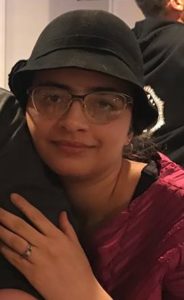 Emmalia Harrington is a nonfiction writer with a deep love of speculative fiction.  When she isn’t writing, she can be found sewing, knitting, cooking or suffering from idle hands. She’s a member of the Broad Universe writing guild. Her work has previously appeared in FIYAH, Glittership, Anathema, and other venues. Follow her on Twitter @EmmaliaWrites. 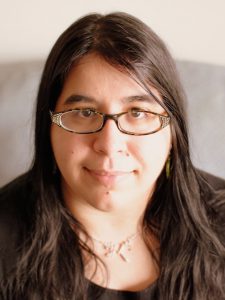 Julia is a writer and teacher from Maryland. Her fiction has appeared in Clarkesworld, Escape Pod, Luna Station Quarterly, and other places. When she isn’t working on stories or terrorizing her composition students, she gardens, does yoga, games, reads as much as she can, and, in the summer, attends an inordinate number of baseball games. Visit juliakpatt.com for more. 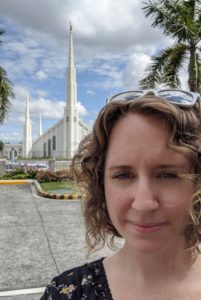 Kaitlyn is a former Marine Corps intelligence officer and current speculative fiction writer. She is a graduate of the Viable Paradise Workshop and writes short stories to avoid editing her novel. Currently living in Japan with her husband and four loud children. Pre-coronavirus she spent her free time hiking, traveling, and learning new languages. Now she stress-bakes and binges Turkish TV shows. 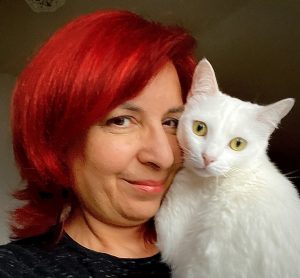 Kiran Kaur Saini is a book-lover and writer. Her stories have appeared or are forthcoming in Strange Horizons, The Magazine of Fantasy & Science Fiction, Gulf Coast, and elsewhere. She is a Pushcart Prize nominee and a recipient of the Henfield Prize for Fiction. In her spare time she practises Szymanowski and Mompou preludes on her family’s 1923 reproducing piano and tries to get out from under the thumb of her cat. She tweets infrequently @KirSphere and can be found at https://kirankaursaini.com. 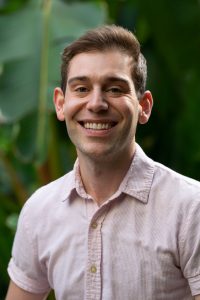 Ryan Cole is a speculative fiction writer who lives in the greater Richmond, VA area with his husband and snuggly pug child. His work has appeared in Writers of the Future, Vol. 37 and Ember: A Journal of Luminous Things. Outside of the Castle, he is a volunteer at Diabolical Plots, a baker of delicious vegan treats, and a voracious reader of all things fantasy. Find out more at www.ryancolewrites.com. 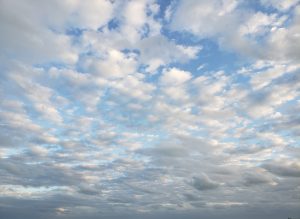 Sara S. Messenger is a writer and poet residing in Florida, where she likes writing about texture and sensuality, speculative bodies, and teeth. When she’s not playing fetch with her cat, she reads poetry collections in the sun. Her short fiction has appeared in Fantasy Magazine and Diabolical Plots, and her poetry has appeared in Strange Horizons. Her full portfolio and other musings can be found online at sarasmessenger.com. 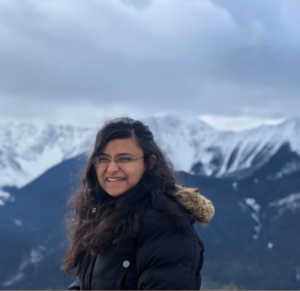 Sri is a recent university graduate, hailing from near Toronto, Ontario, who is (metaphorically) wandering the world, searching for purpose. She is deeply fond of reading and writing speculative fiction, especially fantasy, and is working on several stories to hopefully publish one day. Outside of writing, she is learning how to play the guitar, practicing the violin, daydreaming, and trying to motivate herself to finish any of the numerous projects she has going. You can find her on Twitter at @sriative, where she rarely tweets but lurks in the shadows, casting her judgmental yet benevolent eye over the world. 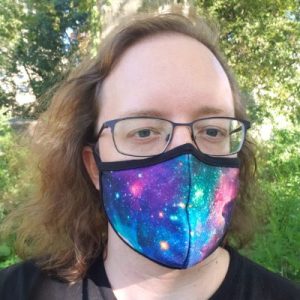 Tarver Nova is a spec-fic writer and professional night owl in New York. His stories are found or forthcoming in Kaleidotrope, Baffling Magazine, and Daily Science Fiction. Find him at tarvernova.com or show him your cats on Twitter @tarvernova. 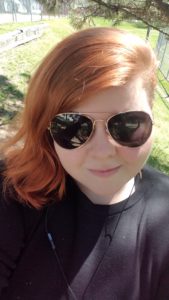 Tierney Bailey is a Libra, a lover of science fiction and poetry, and is a dice-collecting gremlin. Currently, Tierney is Associate Poetry Editor with Sundress Publications, a copyeditor at Strange Horizons, Associate Editor with PodCastle, and a freelance graphic designer. She has earned a BA from the University of Indianapolis and a Masters Degree in Writing, Literature, and Publishing from Emerson College. Tierney is most easily found screaming into the void on Twitter as @ergotierney. 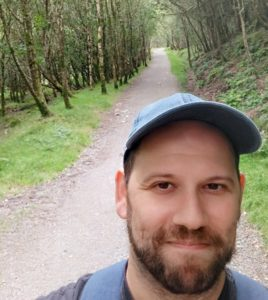 Short fiction snuck into Ziv’s life in his teens. It struck a tent, has been entrenched ever since, and sometimes throws parties. Outside the Castle, Ziv is a programmer, a source-control evangelist, and Assistant Editor at Diabolical Plots. He spends much of his time lovingly fending off his three children. Check out zivwities.com for Ziv’s expert overanalyses of Knives Out, Too Like The Lightning, and Star Trek: Discovery, for some writerly Q&A, and for whatever he does next. He tweets, vaguely, as @QuiteVague.