The Engineer of the Undersea Railway

The undersea engineer Persis Makhanwala cut a solitary figure to all those who knew her. The gossip rags reeled in the wake of her spangled saris and perpetually bruised eyes, scrambling to dredge up old dark-eyed paramours and sad, sparkling scandals. They called her such epithets as Queen of the Undersea and Siren of the Rails, crowding to get a glimpse as she emerged from a pincered little car at Bombay’s Marine Drive. Cameras clicked; lights flashed. Chai vendors, journalists and spectators jostled.

As Persis glowered, a train’s whistle sounded. The underwater tunnel lit up. The arc of it glimmered like a diamond necklace, stretching as far as the eye could see, into the mists of the Arabian Sea. A roar went through the crowd. Persis stepped off the promenade and into the waves, disappearing into a carefully concealed elevator.

It was a historic moment.

Later that evening the Bombay-Fujairah Undersea Express would embark on its maiden journey, slithering through an underwater tunnel like a gleaming white dragon. The media would play three clips in an endless loop. An aerial shot of the train as a bright white line, suspended in a field of azure. A deep-sea tour of the pontoons that anchored the tunnel to the seafloor. And Persis herself, stiff and scowling by the engine, brow wrinkled in irritation at the crush of reporters.

“Persis, Persis,” the journalists cried. “Are you going to live on the train? What about your family? Are the rumors about your infertility true?”

It was the biggest gossip to rock the Bollywood channels this week. Persis Makhanwala’s long-time flame had left her one week before the culmination of her years of work with the Undersea Railway. They had been childless. It had been her fault.

The camera’s exploitative gaze dropped to her stomach. Persis turned her face, said nothing. In her head she had gone far away, already dreaming of her next project.

The Automatic Conductor raced through the compartments on silver pachinko wheels. Its mouth shredded train tickets and glowed crimson when it spoke. Its eyes were carved glass, glittering in the semi-dark, capable of seeing through fake travel-permits or suspicious baggage. Wherever it went, it brought with it the tinkle of old Bollywood tunes, Kishor Kumar and R.D. Burman filling the compartments with sweet songs of yore.

Persis had built it out of silver and gold, etching stories from the Panchatantra onto its chassis. In her permanent first-class cabin, there was never any space to sit, berths and floor invisible under mountains of gears and sensors, actuators and capacitors. She gestated the Conductor in the red heat of the engine, tinkering and tweaking, gauzy underwater seascapes passing them by as she worked. She rocked it to sleep on the locomotive’s symphony, the scrape and spark of rails acting as its lullaby. For the Conductor’s mind she bought a copy of a diplomat’s brain, delivered at Fujairah Station by a strange gentleman on horseback. For the Conductor’s core she stole from the black market a rocket’s still-thrumming heart, silver fluid dripping down her fist as she placed it in the Conductor’s chest.

When she was done, she glared at her creation, daring it to ask for more. Skin or wings or lasers for eyes — whatever it wanted. Its maker was Persis Makhanwala; it could have a tutu skirt of revolvers if it so wished. If it asked, she would build it a miniature of this entire train, with little matchstick-sized passengers and a zooming Conductor carved from a silver-bullet.

But the Automatic Conductor wanted nothing. For all its fairy-tale components and sparkling joints, it was still just a machine. Whatever Persis did, she couldn’t truly be its mother. Whatever Persis said, it wouldn’t fulfill anything but its purpose, which was to travel the length of the Bombay-Fujairah Undersea Express, content to eat passenger tickets and buzz out information.

Once, tired of the newspaper articles (” Persis Makhanwala Debuts Child-Like Automata”), she considered dismantling it. Once, angry at the words the journalists called her (” motherless”, “infecund”) she wanted to take an iron rod and smash its ruby mouth, the unseeing glass of its eyes.

She could already taste tomorrow’s headlines in her mouth. Persis Makhanwala’s Breakdown Over Child-Bot: A Barren Woman’s Lament?

No. She couldn’t let that happen. She was the Queen of the Undersea. The Siren of the Rails. Persis Makhanwala would be written about on her terms, the way she wanted.

In her rolling cabin in the undersea train, Persis got to work.

If you’ve ever traveled the Bombay-Madagascar-Mogadishu route by Undersea Railway, you would have come across Persis’s Menagerie. The Automatic Conductor that slurped up your tickets. The jade-eyed simulacra that worked the stations. The cleaners and the trolley-vendors that always remembered your name. If you got a window seat you were in luck: sometimes fish swam by, brass-scaled and ruby-eyed, gears spurring them forward and gold fins whirring. Mirrored corals buttressed the stations, gleaming in the lights, their hollows sheltering sea-glass urchins and amethyst starfish. And in the deepest parts of the sea, where the train slowed for a Tunnel Crawler to check the paths for pressure damage, regulars often reported hearing the low, dolorous singing of a vast, sapphire whale.

The media scarcely had time to write one story before Persis began another. Bejeweled bugs in the compartments sneaked into suitcases as souvenirs. A chorus of mynahs in top hats serenaded passengers arriving at their destination. Persis made creatures high and low, common and strange, clawed and feathered. She made assistants and nurses and dancers, sometimes sweet-natured and sometimes not, just for the sheer variety of it. There was even a pastry chef with nimble silver fingers who replaced the cookies in the train’s kitchen with perfectly triangular nankhatais and chicken samosas.

Here is the fruit of my womb, Persis was shouting, with every new creation. Here are my children. Look how strange, how interesting, how many there are.

The press seemed to get the message. Or maybe they got bored of reporting on her and her spangled new army. Whatever it was, she enjoyed the silence.

And in her own privacy, Persis still worked on the Automatic Conductor. She bought it six different types of tickets to eat and asked it to develop a preference. She taught it to speak and watched proudly as sea-light dappled its perfect, radiant face. Maybe one of these days she’d teach it to call her mother. Or maybe not. That was their own goddamn business. 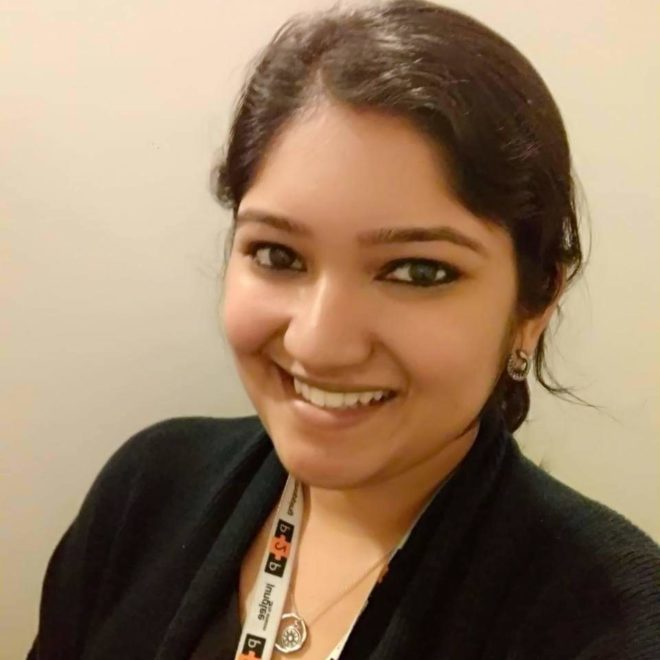 Varsha Dinesh writes about myths and monsters from a rainy city in South India. Her work is forthcoming in Strange Horizons. She is a member of the Clarion West 2020 class and can be found on Twitter at @varshadineshs. 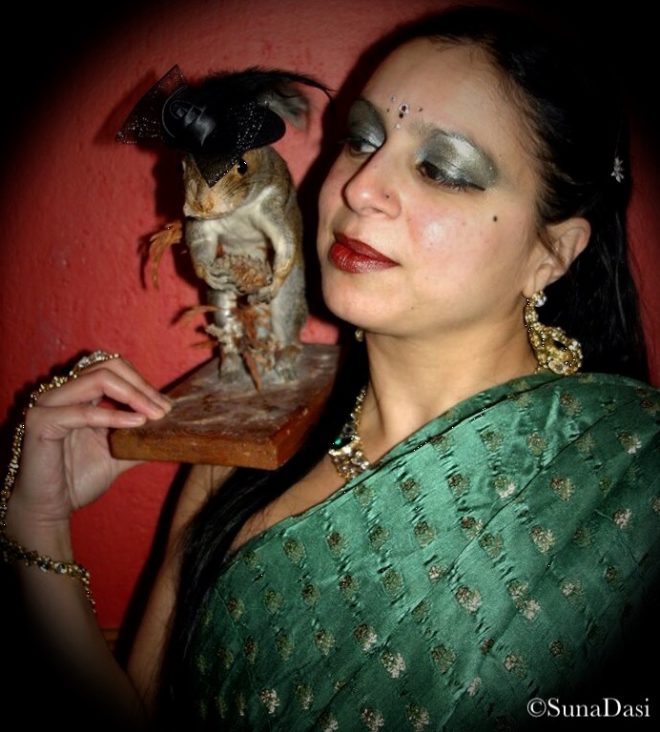 Suna Dasi is an Indian/Dutch artist based in Scotland, who comes from a theatre and dance background in The Netherlands. Eventually her vocal chords became her main weapon of choice; her profession as a performer has taken her all over the world. Together with her wife, she’s part of The Lodge Arts Collective: a predominantly female group of long term friends living communally, who work in music production, theatre, poetry, fine arts and performance art. She records and performs with Texan progrock artist Erin Bennett and Metal outfit Krow.
When not in the studio or on the road, she writes SFF and Speculative Fiction. She is currently working on her poetry collection and her first novel. In 2017 she was Nominated for a BSFA Award in the Short Fiction category for one of her short stories.