Three Cats at the End of the World

On the heath at the beginning and the end of the world, a witch once built a cottage where she could live with the past, the present, and the future. They are hers, and she is theirs, for as long as life and as deep as death.

The past is a ragged old tom who never strays far from home, forever wanting to lie on the witch’s lap or drape her shoulders. Too easy to forget his nearness until he twists about her ankles and trips her up. The past is warm and comforting, and forever in the way.

Each day the matronly mouser that is the present drops a litter of kittens: behind the kitchen door, in a chest of blankets, beneath the witch’s bed. By the next dawn, the kittens are gone, to find their own way in the world, yes, sometimes, though often as not their mother devours them. Back into the belly that made them, to try again on the morrow. And now and again the witch wakes to find a single kitten licking its mother’s white bones. Even if she could devise a spell to forget such a sight, she would not. Someone ought to know, and there is only she to bear that particular burden.

But it is the future who troubles her most. He disappears for hours, and when he comes home at last each night, he is raked with war wounds. When he loses an eye, the present licks clean the wound with the gore of her kittens still clinging to her chops. The future never stays for long. He has his own battles to fight. But they wait for him to come home. They are all always waiting. Always, though the present lies down to suckle her latest brood, though the past drifts in and out of sleep in the light from the window. Some things simply must be waited for, and after all, he always comes back.

(Until he does not.)

The witch stands in the doorway that gives out on the silent heath as shadows stretch dusk into night. The present yowls from the kitchen window and the past sleeps fitfully in the draft from the open door. When the sun finally sinks out of sight, the witch shuts the door and hopes the stray finds her before sleep does.

In the morning, the witch wakes with the present adoze on her chest. There are no kittens to be found, not in the bedding nor the blankets, nor anywhere in the cottage on the heath at the end of the world.

Have This Wish I Wish Tonight

That night Orion left his belt on my floor. Half under the bed, curled next to my jeans, barely glittering in my bright bedroom light. I poured a bowl of cereal and read half a chapter of my book in the living room. Out of the corner of my eye, the faintest shifts of light flattened and flared. I didn’t touch it, didn’t drape it carefully over the back of a chair. But when I turned the light off, I found I couldn’t stand it shining there in the wrong darkness. It gave my eyes a different gravity, and had he realized it was missing? Did he — did he have a spare? I turned the light back on, laid the belt over my shoes in their uneven kicked-off line, right by the unlocked door. He wouldn’t even have to wake me up.

I had only ever seen him in starlight. In street light he was solid and inexact; his eyes looked back at me and his breath misted thick and the thinnest glow seeped from under his coat. The whole city sprawled around us, millions of people, heavy clothes and hunched shoulders — how had he picked me? How had I picked him, through the haze of city smoke that muted the sky? He told me my eyes reminded him of home. He told me he wouldn’t be missed, not on a night like tonight, threatening snow. He held my hand, and his was cold.

Tell me about the stars.

Tell me about myself. Tell me when you first saw me.

I thought he’d be arrogant. I thought I’d have to nudge and twist and guide or he’d forget me. But he wasn’t. He didn’t.

The first time I saw him, I was standing on the roof like I wasn’t supposed to, in a jacket and pajamas and unzipped boots, reeling from a nightmare. It was the clearest night I’d ever seen, and there he’d been, sharp in the muddle, and for the first time, the sky had told me something worth knowing. How could I tell him that? A moment like that would disappear in his distances, too small to see.

I didn’t even fall asleep. I curled around his silence and closed my eyes and felt the span of the galaxy humming through his blood, and I marveled at how impossible it was, that he could be stitched from starlight and story and still so very, very cold. And then he was gone.

In the still-dark morning I brought the belt into bed with me and circled it around my waist. I’d thought it would be comforting, or thrilling, or powerful, or strange. But it was only knobs of starlight, lonely and hard. Oh, I thought. Oh. If he came back, I would tell him: about the rooftop and the wonder, the surety of his shape. If he came back, I would warm him.

He climbs the spiraling stairs. Bow tie dangling from his fist, he climbs and sits atop the castle wall, where the torch-dotted city folds to dark shapes. Below, vastness, empty as he feels sitting here. His feet are heavy, pulling downward.

He doesn’t need to fall to crack into a million pieces. At tonight’s wedding, he shattered.

Clicks of glass slippers, a sweep of satin, and she appears — the Queen. Fresh jewels still settling in her hair. Surrounded by lily-of-the-valley scent. She checks her phone’s screen. “They’re going to cut the cake, Hugh,” the Queen says.

He pats his round shell. “Thank you, but no.”

“Shall I order you?”

“You won’t,” he says, wondering how she manages to sparkle even on a moonless night. She is extraordinary, a wonder. And I am fragile as china, he thinks. “Your King said I’m someone’s ‘Before Picture.’ That I always will be a ‘Before Picture,'” he says.

She puts a hand on his sloped back; the Queen turns to leave. “I know my duty, as does he,” she whispers. “But do you?”

He holds the bow tie out. The straps flutter as it falls into the darkness. It would be easy to follow, Hugh thinks.

Hooves clatter on the cobblestone below. Two score men boast and argue. “Humpty?” the King shouts up to him and raises a mug. “A toast to you, Humpty Dumpty!” The King’s voice is rich as musk. “I’ll have the Queen save a dance for you!”

Hugh glares down at them until they fall silent.

“I am still tied,” Hugh says. “Or perhaps I should say yoked.”

“Is that all I ever was? Or is that what you decided I should be?”

The King’s horse nervously paces. Without looking away from Hugh, the King says, “Leave us.” The King and Hugh quietly sit, separated by a dozen stories.

The King splashes his ale across the cobblestones. “What?”

“Should I admit I hoped to break your heart now? Confess that I tried to save you from worse?”

The King holds a single finger up. “Please, stop. I won’t be cruel. Come back. Smile. Laugh. Be happy.”

The King holds his hands out as if to catch Hugh. To save him. To hold him safe.

“My love, if you should fall…” he begins.

Hugh feels his nostrils flare. “I won’t need you to put me back together again.” He pushes a tangle of hair from his eyes, the way the King — then a prince — used to once upon a time. He touches his lips, the way the King used to once upon a time. Before. Before duty. Before a princess. Before they all decided to live happily, ordinarily ever after.

Katherine Kendig lives in Champaign, IL, where she completed an MFA in Fiction at the University of Illinois at Urbana-Champaign earlier this year. She’s written plays, screenplays, poems, short stories, and most of a YA fantasy novel. Her story “The History of Women’s Suffrage” was recently published in The Cincinnati Review.

Aimee Ogden is a former science teacher and software tester; now she writes about sad astronauts and angry princesses. Her work has also appeared in Analog, Fireside, and Beneath Ceaseless Skies, and with Bennett North, she co-edits Translunar Travelers Lounge, a magazine of fun and optimistic speculative fiction. Her novellas Local Star and Sun-Daughters, Sea-Daughters are forthcoming in 2020 and 2021 from Interstellar Flight Press and Tor.com respectively. 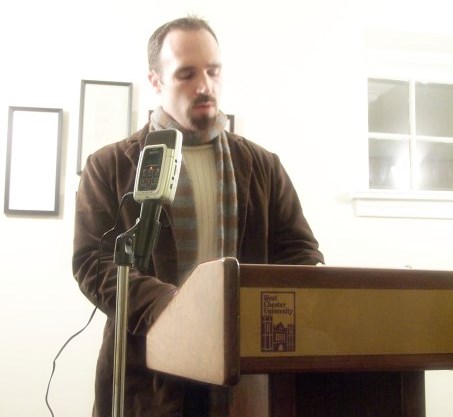 Shawn Proctor is a speculative fiction writer who earned his bachelors from Kutztown University and MFA from Rosemont College. He works and lives near Philadelphia with his wife, Hope, a dynamic duo of kids, and a clowder of cats. He is a member of Codex writers group and Critters, and adores weird pajamas.

His fiction has been published or is forthcoming in Galaxy’s Edge, Flash Fiction Online, Daily Science Fiction, and Crab Orchard Review. Read more of his work at shawnproctor.com and follow him on Twitter @shawnproctor. 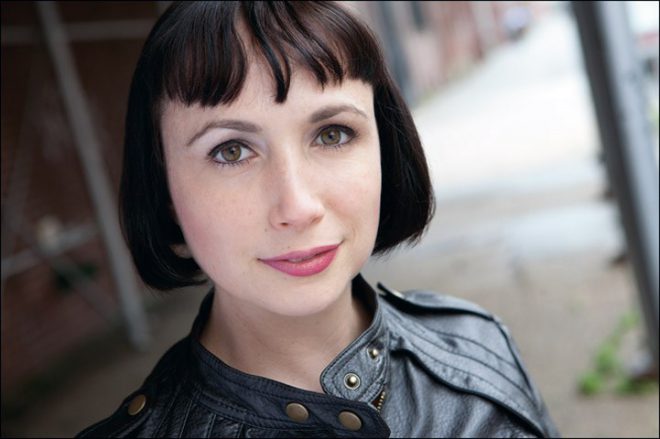 Tatiana Grey is a critically acclaimed actress of stage, screen, and the audio booth. She has been nominated for dozens of fancy awards but hasn’t won a single damned thing. She lives in Brooklyn, New York. See more about Tatiana at www.tatianagrey.com

Alasdair Stuart is a professional enthusiast, pop culture analyst, writer and voice actor. He co-owns the Escape Artists podcasts and co-hosts both Escape Pod and PseudoPod.

Alasdair is an Audioverse Award winner, a multiple award finalist including the Hugo, the Ignyte, and the BFA, and has won the Karl Edward Wagner award twice. He writes the multiple-award nominated weekly pop culture newsletter THE FULL LID.

Alasdair’s latest non-fiction is Through the Valley of Shadows, a deep-dive into the origins of Star Trek’s Captain Pike from Obverse Books. His game writing includes ENie-nominated work on the Doctor Who RPG and After The War from Genesis of Legend.

A frequent podcast guest, Alasdair also co-hosts Caring Into the Void with Brock Wilbur and Jordan Shiveley. His voice acting credits include the multiple-award winning The Magnus Archives, The Secret of St. Kilda, and many more.

Visit alasdairstuart.com for all the places he blogs, writes, streams, acts, and tweets.