Hey, girlfriend! Love looking at your beautiful family on Insta. And congrats on getting into grad school—that’s HUGE!

Furthering your education while raising a family takes so much dedication, and that’s why I think you’d be AMAZING on my team. For the past six months, I’ve been offering blood libations to Sotesh, Mother of Serpents, and let me tell you, it has changed my life! I get to set my own schedule, bleeding the unbelievers when it’s convenient for me. I have the security of knowing that when Sotesh comes in Her glory, I’ll be spared the worst of Her wrath. And She gives Her faithful THE BEST gifts! Just last week, I hit Green Level and was blessed with the ability to shed my soft warm-blood skin. Check out these before and after pics—my acne is COMPLETELY gone! #CobraClear #WhiteheadsAreForWarmbloods

I’m looking to pick up some acolytes, and you’d be a natural. Let me know if you’re interested! And give my love to Jason and the kids. <3

END_OF_DOCUMENT_TOKEN_TO_BE_REPLACED

No shit, there I was, behind the wet curves of the ebony Bugatti, watching Kasper cut through the rain like a knife’s sudden edge. He paced outside the automat, clothes wet like he’d been out there a few hours. His silver lighter slid between his rain-flecked hands.

It was too wet to smoke, the windows of the Bugatti streaming with rain that ran quicksilver when I slammed the trunk. It latched with an exasperated splatter and I brushed the wet from my charcoal trousers and straightened to study Kasper.

Kasper was an ashen smudge amid the hues of gray that coated the world until he thrust his chin toward me in greeting. The clear light falling through the automat’s window caught the rosy colors that banded his cheeks and brow for a long-ago crime, exposing hues unnatural and alien. His left eye gleamed emerald, the other as flat and flint as Chicago around us.

I joined him under the dripping awning, rain tracing my melting jet pincurls while he rooted in his jacket for his silver cigarette case. The minute he opened it, the damp air blanketed the cigarettes and his lighter refused to catch.

“You’re late for your boys,” I said, “and looking like the gutters spat you out.” Sodden debris clung to his shoulders and his shirt was rucked out of his belt. His hair, slate parted to the right and gold to the left, was mussed like a lady’d had her fingers all up in it. But no lady would have her fingers all up in that.

“They in there?” His head jerked toward the automat window.

“You know they are.”

Kasper’s crew, the Rock Ghosts, was sour-faced and focused on the door to the powder room. I unbuttoned my jacket and shoved my hands into my pockets, the motion exposing the black leather holster at my waist. As far as Kasper knew, I was a bruno like him, someone known for keeping things right and proper and orderly. You needed a thing taken or reclaimed, we were also the people to see. Usually.

“You–” The word seemed too big in his mouth and he coughed. “I can ask you something, Lola? In confidence?”

He was going to ask me about the dame, because she wasn’t at the table where she should be. Where he should be, too, because he always saw to her, made sure she had her slice of sweet meringue.

“You can ask me something, Kasper.” I rocked back on my heels, enjoying his discomfort the way I would later enjoy stripping out of my damp suit.

People didn’t much talk about Wonderly; she was a sin everyone desired but none wanted to confess. She was a creature that shouldn’t exist, not so much an angel you hear stories about, but more a creature that should not be possible at all, something no one could ever rightly make. You believe in God enough, angels seem possible. Not Wonderly.

END_OF_DOCUMENT_TOKEN_TO_BE_REPLACED 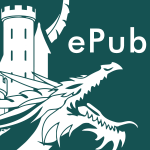 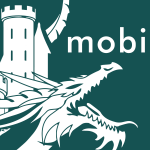 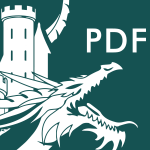 Here at the castle, we couldn’t be more pleased to announce that PodCastle joins EscapePod as a finalist for the 2021 Hugo Award for Best Semiprozine! For thirteen years, across multiple teams, we’ve been doing our best to bring you great original and reprinted fantasy stories to listen to every week, and we’re so grateful for this recognition. A hearty thanks from the dragon to those who nominated us! We would be nowhere without our amazing team of editors, our producer, narrators, and of course, the writers who trust us with their stories.

Voting is now open to all members of WorldCon. For more information on our Voters Packet go here. Currently, WorldCon 2021 plans for a hybrid in person-virtual convention from December 15 to December 19, 2021. For most up-to-date details, however, check here.

Here is the rest of the 2021 Ballot! Congratulations to all of the finalists! We’re honored to be among your ranks.