The Travel Guide to the Dimension of Lost Things

Have you ever felt so tired that you just don’t feel anymore? Where you wake up, burrowed under the covers with a shaft of light somehow piercing through them and right into your brain, and realize that here comes one more day you need to endure, to wait through, until you can blessedly sleep again and stop experiencing this whole existence thing?

This is where I am. I’m deeply considering whether it’s worth just snaking my hand out of my bed-burrito to grab my phone, bring it in, and then just play solitaire until I can fall asleep again instead of even considering what I need to get done today . . . until I realize that the light piercing through is bright green. END_OF_DOCUMENT_TOKEN_TO_BE_REPLACED

The Augur and the Girl Left at His Door

The augur looked at the bridegroom’s back and sighed. He bent close to the bridegroom’s skin, examined every bump and line in his flesh. Most apparent were the red lines, claw marks from fingernails. A less experienced fortune teller would have seen those marks and spoken of the satisfaction of the young man’s new bride, perhaps suggested the imminent birth of a child, but the augur had done this for many years. He knew how to read the skin of a person, living or dead. He knew that there would be no happiness for the couple. There would be a child — there was already a child quickening in the belly of the bride; that much was obvious by the angles of the cuts, the swell of the muscles by the shoulder blades — but that child would be the end of them. It was as clear as dark moles on pale skin; as obvious as the ridge of a spinal column.

The augur told the bridegroom to put his clothes back on. He did not tell the bridegroom about the darkness in his future. The augur had seen other soothsayers punished when they told people things they did not want to hear when he worked for the emperor many years ago. But the augur did not lie. He never lied. And to not tell the whole truth — that was no lie. END_OF_DOCUMENT_TOKEN_TO_BE_REPLACED

To Kalavati, it was well known that if one reached marriageable age, parents and aunties and cousins thrice-removed would clump themselves into anthills of worry. Missiles of relationship managers and matrimonial websites would then be launched to nab a match. It would be a process of adjustments — of settling and tucking and hiding. Of second-rate suitors with second-rate mustaches and identical beige shirts. That was what Kala had always believed, had always known to be proper and true as an oft-repeated lie.

END_OF_DOCUMENT_TOKEN_TO_BE_REPLACED 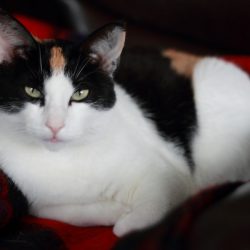 The Cat Lady and the Petitioner

Her ankles wobble over brand-new high heels, and her smart jacket is slightly itchy and entirely unsuited for the warm weather. She lifts one aching foot and then the other out of her stiff, uncompromising shoes. Her life stretches out before her, a long walk down an endless road hemmed in on either side by door after closed, splintery door.

Reaching out two pink-lacquered fingers and one pink-lacquered thumb, she delicately lifts up the knocker—brass, cat-shaped, with a tail curled in a circle. When Laurie raps the knocker three times against the base, the tail twitches underneath her fingers.

Read the rest on Patreon.

I face the forested mountains, raise my hands like a conductor readying an orchestra, and point to my first section. A glow flickers to life in the inky darkness beneath a grove of trees. Arms of flame climb the bark and the canopy explodes, turning trees into torches, illuminating my canvas.

I sweep my hand from left to right and a mile-long slash appears like a knife wound in the mountains, bleeding fire. The flames crawl upslope. Not fast enough. A few twists of my wrists and I sculpt a stampede — orange bulls of fire, a few charging tigers, and one galloping zebra striped red and blue. I pause to appreciate the canvas come to life. It’s my best work.

And I’m just getting started. END_OF_DOCUMENT_TOKEN_TO_BE_REPLACED

Maybe this story started when Dad inherited the calabash; or maybe when my great-grandfather ran his thumb along its rugged surface, listening to the coins rattling within; or maybe even before then, when it was still green and growing, waiting to be plucked, carved and dried.

But for me, it started with an argument with my sister, Shadi. END_OF_DOCUMENT_TOKEN_TO_BE_REPLACED

The Elixary of the Evanescent Market

Iris eyed the interior of the carriage with caution as the train came to a screeching halt. Potions clinked against the clamps which held them in their travel positions, but didn’t come loose in a crash of shattering glass. A wheeled cart smashed against the wall it was tied to, yet failed to dislodge from its bindings and turn into a bludgeoning projectile.

There was still the other carriage, the one that served as a workshop instead of a storefront, but Aunt was inside of it. Aunt had decades more experience with combustible potions than she did.

Which meant that everything had arrived intact, and Iris could allow herself to relax.

The creak of metal hinges signaled Aunt’s arrival though the carriage door. The older woman set a brisk pace for the glass cabinets, bolted in place. Iris rushed to help in unclasping the vials, knowing they had a small window of time before the train announced its arrival to potential customers.

“You will be on your own, so remember never to open the orange potions,” Aunt lectured her. “I specifically color the dangerous ones orange.”

“I know,” Iris said, resisting the urge to roll her eyes. She was not going to magically forget everything she’d learned in the past few years just because Aunt didn’t remind her.

“And if a customer becomes unruly — ”

Aunt stopped loosening one of the clasps and turned piercing gray eyes upon her apprentice. “Iris,” she admonished. “You may believe nothing will go wrong. Most likely, nothing will go wrong. But there is a real possibility of danger, and if that should happen . . . what would you even do?” A glint of concern appeared behind her eyes. “Perhaps I should stay.”

Alarm rose within Iris. “No, no, I’m sorry! I am taking this seriously. I even have a list of all your instructions written down.”

What would she do if Aunt decided not to visit her friend after all? If she continued to hover over the shop, watching Iris’s work, she would intercept customers before Iris could handle them! How long would it be before Iris had another opportunity for freedom, where her every move did not need to meet with Aunt’s approval?

Aunt’s sharp eyes raked over her apprentice’s apologetic form. “All right,” the woman finally said, the words like a weight being lifted. “Hurry up, then, and get this dreary place decorated.” END_OF_DOCUMENT_TOKEN_TO_BE_REPLACED

Miss Bulletproof Comes Out of Retirement
by Louis Evans

Miss Bulletproof comes home and there’s a god sitting at her kitchen table talking to her kids. “Did you like my presents, children?” says the god. “It was I who got you those gifts, those funny little things, including that long and slithery one, which you both found so amusing.” The children had not found the Malayan pit viper to be amusing; they had found it to be terrifying, and shrieked so loudly in the middle of the night that they had almost awakened Miss Bulletproof’s wife, which, well, that would be bad. And the kids — quite reasonably — had kept on screaming until Miss Bulletproof came sleepily into the room, allowed the pit viper to shatter its fangs on her palm, and then crushed its skull with her trademark efficiency, which she has come these days to regard as maternal rather than professional.

Miss Bulletproof sees the god at her kitchen table talking to her kids and she sees red, in that order. In those days when Miss Bulletproof worked for gods and did their bidding, she would have gotten up in that smug motherfucker’s face and given him a piece of her fucking mind, not sparing the obscenities. But now Miss Bulletproof is a mama, and her two beautiful kids are in the room, looking at her with trust and terror in that classic high-proof childhood cocktail of feeling, and she knows she has to set a good example. END_OF_DOCUMENT_TOKEN_TO_BE_REPLACED

Anna is grateful to lie on the bed in the cool house where there are no expectations, no labyrinthine thoughts to swallow her in the night. Outside, the wrens muck about in shallow water. Waves rush up against the sand. Dusk seeps in through windows thick with salt lines.

She sleeps, dreamless, hearing the ocean trembling against the shore.

In the morning, searchers glide by, crowding through the hallway, meshing into each other and apart again.

One stops to examine her room, a man with a trim beard and thick glasses.

“Which room are you looking for?” he asks.

“Do you know how the house works?”

Anna shrugs. The night before, she came upon a tangle of threads in the entrance and followed the one that smelled like cinnamon, the scent like a tangible fragment of her childhood, the kitchen with the cracked red phone, her mother’s famous cinnamon cookies. The thread led her to this room, where she slept, pulled into quiet unconsciousness, pulled back by footsteps in the hall. The skein of thread is now in her satchel, wound tight, along with a pair of scraggly mittens and a kitchen device that is only good for coring apples, this detritus of her life that she isn’t even sure how she acquired.

“You’ll want to have a strategy.” He points to a beige door. “You could try by color or by size. You could try every door until you get tired.” He pulls a hair out of his short beard. “Yesterday, I hiked all day and tried the last door only.”

“What did you find?” END_OF_DOCUMENT_TOKEN_TO_BE_REPLACED

“Do you want one?” Meghna asked between bites. She was sitting in the upper branches of Balu maama’s mango tree, with half a dozen golden fruits bundled in her podavai and another one in her mouth.

I shook my head, keeping an eye out for maama, and an ear out for his dogs. If he caught us, then that was another day of helping him. Another day of hearing him lecture us about how those mangoes were for selling, not eating. Another day of unpaid labour. Another loss for us. The mangoes I could eat once we were home. For now, I just wanted Meghna to get down so we could go. But my sister, older by a year and therefore infinitely more wise, swayed on the branch, kicking her legs and laughing — giddy from the flavour.

“He’s going to come out soon!” My words were a hissed whisper.

“You better start running, then,” Meghna said, without the slightest urgency to accompany it. If anything, she seemed about ready to fall asleep on the branch, splaying herself across it like a basking cat.

“Meghna! What if someone sees you?”

“Their problem, no? It’s fine, Karthik. No one comes here at this time, anyway. And besides, he never eats them.”

I could hear the dogs stirring now and my bones screamed in the panicked remembrance of a thousand crushing dog hugs. Balu maama’s dogs weren’t the biting kind. They were the aggressively friendly kind, which was somehow worse. They threw themselves at us with abandon, looking only to knock us down and pin us long enough to lick our faces raw.

“They’re coming, toss the mangoes to me!” I said, opening thatha’s veshti that I’d snuck into his room to take while he snored on his wicker cot, a Dhina Thandhi magazine spilled open over his chest. Four fruits dropped, golden splashes in billowing cotton. Gilded and shining in the morning sun.