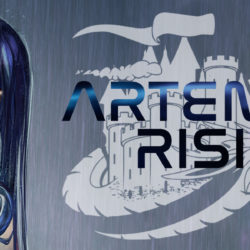 PG-13, for needles and blackest thread.

Her grandson Ashti says they come because she’s famous. She’s on the Internet, he tells her, this great big place like a temple in the air, full of books and magazines anyone can read at any time. Apparently someone wrote about her a few months ago, and that’s why people come.

She doesn’t mind it so much. They break up the monotony of the day, when she comes back from feeding the pigs or killing cockroaches with her sandals to find yet another foreigner sitting awkwardly with Ashti inside the hut. Today it is one of the ones with skin like someone dusted him with bread flour, with a balding head and damp patches decorating his brightly-colored shirt. A fat woman presumably his wife slumps in Ashti’s usual chair, fanning herself with her hat. Ashti has politely moved to the floor.

“Ah, Ima,” her grandson says, rising upon her entrance. The foreigners don’t move. “We have visitors.” END_OF_DOCUMENT_TOKEN_TO_BE_REPLACED

This time, you were a burgeoning peony at the edge of a small cottage garden, stems ladened with clusters of dark fuchsia petals. Your scent perfumed the afternoon air, enveloping me as I walked my solitary way home. I did not want to wait for you.

I crept back towards the village that night, with the knife I’d plunged into your chest two human lives ago, when I discovered you at the Inn with another woman. The blade was blunt with age and use and it shredded your stem as I tried to take a cutting of you for myself. The worn handle slipped in my palms and its edge sliced into my thumb. Your heady fragrance mingled with the rust smell of the wound made me light-headed, as if I were fighting against the sweep of a thousand chaotic feathers. I managed to fold a piece of you in the blood-speckled hem of my blouse and went home to transplant you in my garden.

You shriveled up and died during the night. Peonies, I learned, could not be propagated by cuttings. END_OF_DOCUMENT_TOKEN_TO_BE_REPLACED

Rated R, for shootin’, cussin’, and rollin’ in the hay.

My Heart the Bullet in the Chamber

They said I wouldn’t feel anything from the waist down but that was a lie from the first contraction. Yet when the good doctor took away the baby — healthy, crying — and offered that blood-christened Spencer Repeater in her place, I cradled its stock and barrel and felt the fires of justice in my hands.

I will never know my daughter. She will be but one more child in the communal creche, just as I was, to be raised by women who choose not to take a gun.

I earned my gun. END_OF_DOCUMENT_TOKEN_TO_BE_REPLACED

We Head for the Horizon and Return with Bloodshot Eyes

The heart had already stopped beating — small animal in glistening glory, trapped between rosy lungs. Burgundy liver and sickly gall I passed; bones and marrow hold more secrets. Intoxicated, I shoved my hands into the soldier’s lush entrails — still so warm — and moved them around, making them swish and rustle like mouldy autumn leaves. I sought for patterns; I listened, waiting for echoes of the Next World, waiting for the Voices that Know and Tell.

My breath got caught in my throat and for a few moments I couldn’t find air. As I hastily drew my bloodied hands out of the soldier’s belly, I burst into a cough so strong I thought I’d spit my guts on top of the butchered soldier. Vanghelio, battling her sickness at what I had been doing, turned to face me. She grabbed my wrists and steadied me on the ground.

“Nafsika,” she begged, “what happened? What did you see?”

I won’t write what I saw, not until we are closer to Base. Bones and entrails never lie and I’m not risking the enemy getting hold of this notebook. Before I joined the army I was a butcher’s daughter who saw the future in the remains of dead animals on my father’s table. Every single time I was right, no matter how little the Major wanted to believe me. Now I need to write this story down because I know what I saw in those bones, because our comrades are in danger, because soon the royalist fascists will be here. Because Major didn’t believe me and now I have a chance to save myself, to save Vanghelio. 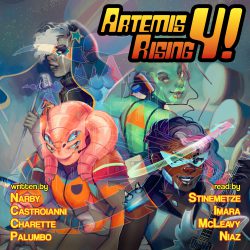 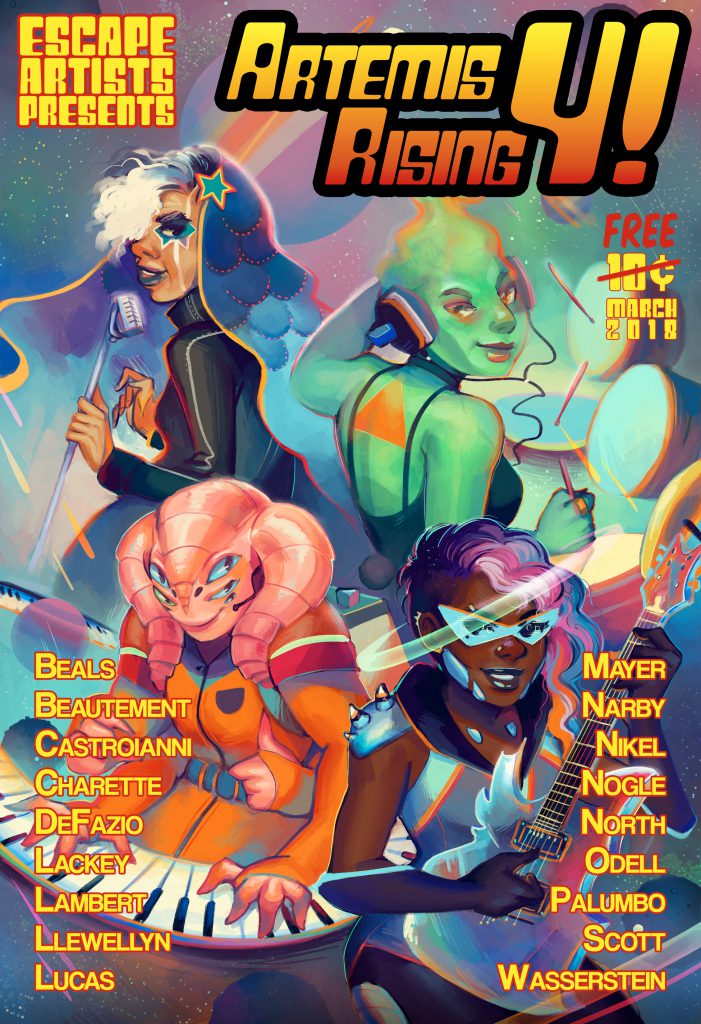 This year’s cover art is by Geneva Benton, whose rich and striking work graced the 2017 covers of FIYAH magazine. Layout by PodCastle’s own Matt Dovey.

To commemorate this year’s event, you can get this cover for your very own as a Teepublic shirt, an array of redbubble swag, and as a fine art print directly from the artist.

Adorn your walls, slap stickers on your stuff, or splatter on your brand new tshirt with your best version of FREE HUGS. We won’t be mad.

As always, thank you so much for your continued support. See you in the sky.