This episode is a part of our Tales from the Vaults series, in which a member of PodCastle’s staff chooses a backlist episode to highlight and discuss. This week’s episode was chosen by associate editor Sara S. Messenger.

“The Half Dark Promise” originally aired as PodCastle 387

The Half Dark Promise

The first thing Bobby Brightsmith told me when I moved to the South Side of Chicago from La Petite Haïti with Manmi was to run like a scalded dog if I ever saw zonbi la in the half dark on the way home from school. 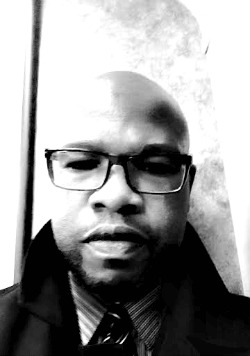 Malon Edwards was born and raised on the South Side of Chicago, but now lives in the Greater Toronto Area, where he was lured by his beautiful Canadian wife. Many of his short stories are set in an alternate Chicago and feature people of color. Malon serves as Grants Administrator for the Speculative Literature Foundation, which provides a number of grants for writers of speculative literature.

Mandaly just completed a project creating the first ever Creole alphabet song and animated video for the Creole language as the alphabet is unknown to most Haitians at this time. This successful project was done in collaboration with MIT linguistic professor Michel Degraff. Info on the alphabet Creole song may be found on the blog here.