This episode is a part of our Tales from the Vaults series, in which a member of PodCastle’s staff chooses a backlist episode to highlight and discuss. Today’s bonus episode was chosen by associate editor Emmalia Harrington. “Selected Program Notes From the Retrospective Exhibition of Theresa Rosenberg Latimer” originally aired as PodCastle 269.

Sometimes called “Devotion” by critics, this nude the earliest extant work featuring Magda Ridley Meszaros (1963-2023), Latimer’s favorite model and later her wife.  The lushness of the flesh and the rosiness of the skin are reminiscent of Renoir’s paintings of Aline Charigot (See, e.g., The Large Bathers (1887) (Fig. 8)).  Latimer maintains microscopic hyperrealism even as she employs radiating brushstrokes which emanate from the model, as if Meszaros is the source of reality itself.

a.      The materials and dimensions of this painting duplicate those of Da Vinci’s La Gioconda (c. 1503-1519) (Fig. 17).  Is this merely a compositional joke or homage by Latimer?  How does it change the way you see the painting?

b.      Most biographers agree that Latimer and Meszaros were already lovers by the time this work was completed.  Is this apparent from the composition or technique?  From the pose of the model?  As you proceed through the exhibit, note similarities and differences between this and other portrayals of Meszaros over the next 34 years.

Ken was a finalist for both the Nebula and Sturgeon Memorial Awards for his story “Selected Program Notes from the Retrospective Exhibition of Theresa Rosenberg Latimer,” which also appeared on PodCastle.  Fairwood Press released his second collection, Anthems Outside Time and Other Strange Voices, in 2020, including both of his PodCastle stories and 24 others.  His short fiction can be found in Uncanny, Lightspeed, Strange Horizons, Analog, Beneath Ceaseless Skies, the Clockwork Phoenix anthologies, and many podcasts.  In his other life, he is a professor of humanities & legal studies at Johnson & Wales University in Providence, Rhode Island, where he teaches everything from constitutional law to Shakespeare to science fiction.  You can find him on Facebook and Twitter, as well as at his web site, kenschneyer.com 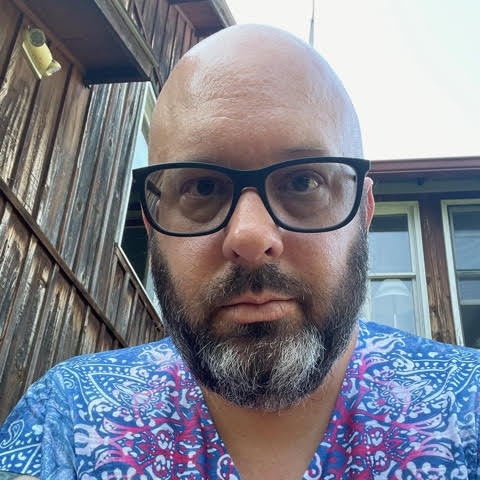 Peter Wood was the audio producer for PodCastle from 2009-2018 and remains immensely proud of his work there. Currently he is an Instructional Assistant Professor at the University of Mississippi where he teaches a number of theatre classes. He has also been releasing music as These Liminal Days (https://theseliminaldays.com).