This episode is a part of our Tales from the Vaults series, in which a member of PodCastle’s staff chooses a backlist episode to rerun and discuss. This week’s episode was chosen by associate editor and social media manager Matt Dovey. “The Yew’s Embrace” originally aired as PodCastle 227.

Dream Foundry is a new organization helping all professionals, especially beginners, working in the speculative arts. Back their Kickstarter to make sure they last and grow, and to get yourself some nifty rewards.

We could still see the old king’s blood in the cracks in the flagstones beneath the new king’s feet when he announced to us all that this was a unification, not a conquest, and that we had nothing to fear from the soldiers that fenced us round. The new king said that my sister the queen would become his wife and that he’d make the old king’s baby son his very own heir. That’s how much he loved and honored our people, he said.

A month later, on a stormy day when the rain blew in at the windows and puddled on the floor, and we were huddled round the hearth, spinning by the light of oil lamps, the king burst in, soaking wet. Eyes a-glitter, he told my sister that he had caught Lele, the wet nurse, down by the stream at the edge of the grove of the gods, drowning the baby prince.

“She said she wouldn’t permit him to grow up under my authority,” he said. “I tried to save him, but I was too late.” He held up his dripping hands. River weed clung to his arms above the elbows.

“She’ll be punished, though,” the king continued, and you could see his whole body trembling like a struck bell as he spoke. It was anger, red anger, that caused him to shake. None of us dared to move. “I’ve ordered her flayed alive in the grove of the gods. It will stand as a lesson,” he said, catching us each by eye, one by one, lingering on my sister. “No one may cross me. I will show no mercy to those who oppose me.” 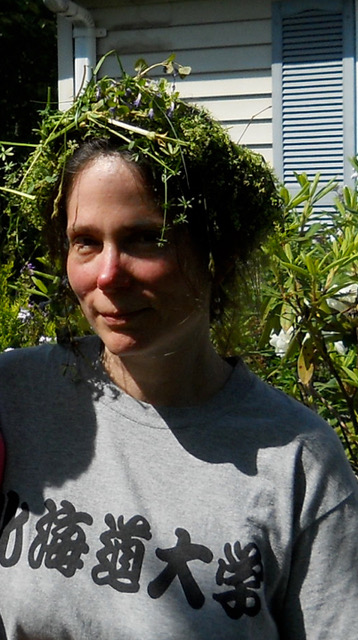 Francesca Forrest is the author of The Inconvenient God (Annorlunda Books, 2018), about a slacker god with a mysterious past, and the novel Pen Pal (2013), a story of friendship and heroism from the margins, and as well as short stories that have appeared in Not One of Us, Strange Horizons, other online and print venues, including anthologies. She’s old enough to have four grown children and young enough not to have mastered object permanence just yet. She lives in western Massachusetts.

Stephanie is a graduate of the 2017 Clarion West Writers Workshop, recipient of the Octavia E. Butler Memorial Scholarship Award, and a 2019 Kimbilio Fellow. Her short fiction has appeared in FIYAH, Apex Magazine, Nightmare, and Pseudopod. She has narrated short fiction for the Escape Artists podcasts, Uncanny, and Beneath Ceaseless Skies. You can find her online at stephaniemaliamorris.com or on Twitter at @smaliamorris.