Editors’ note: This episode originally aired as PodCastle 345. We are reissuing it to celebrate PodCastle’s 10th anniversary. This story was in second position in a listener vote that was held to determine PodCastle’s most-loved episodes over the past decade.

Makeisha has always been able to bend the fourth dimension, though no one believes her. She has been a soldier, a sheriff, a pilot, a prophet, a poet, a ninja, a nun, a conductor (of trains and symphonies), a cordwainer, a comedian, a carpetbagger, a troubadour, a queen, and a receptionist. She has shot arrows, guns, and cannons. She speaks an extinct Ethiopian dialect with a perfect accent. She knows a recipe for mead that is measured in aurochs horns, and with a katana, she is deadly.

Her jumps happen intermittently. She will be yanked from the present without warning, and live a whole lifetime in the past. When she dies, she returns right back to where she left, restored to a younger age. It usually happens when she is deep in conversation with her boss, or arguing with her mother-in-law, or during a book club meeting just when it is her turn to speak. One moment, Makeisha is firmly grounded in the timeline of her birth, and the next, she is elsewhere. Elsewhen.

Makeisha has seen the sun rise over prehistoric shores, where the ocean writhed with soft, slimy things that bore the promise of dung beetles, Archeopteryx, and Edgar Allan Poe. She has seen the sun set upon long-forgotten empires. When Makeisha skims a map of the continents, she sees a fractured Pangaea. She never knows where she will jump next, or how long she will stay, but she is never afraid. Makeisha has been doing this all her life. 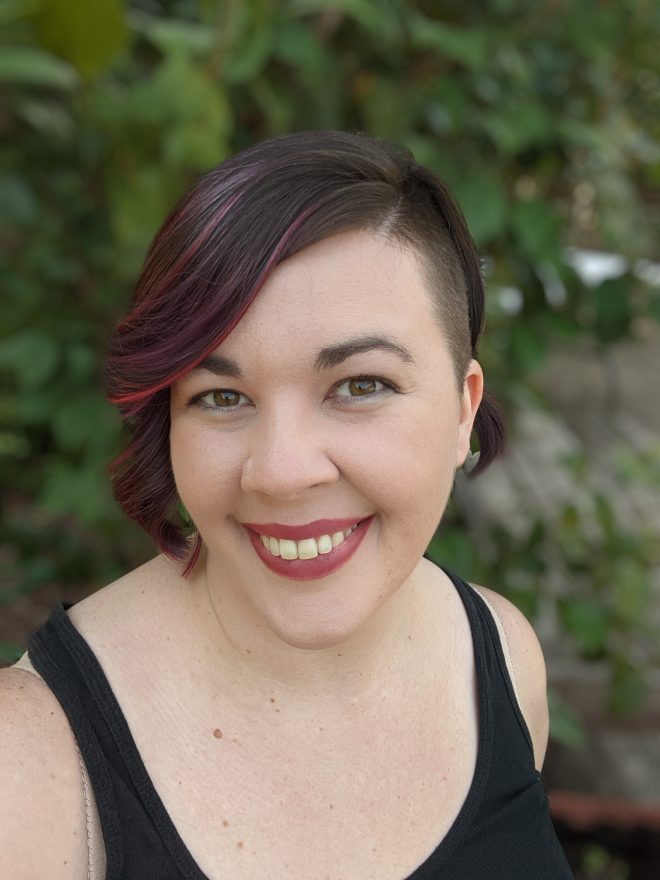 Rachael K. Jones grew up in various cities across Europe and North America, picked up (and mostly forgot) six languages, and acquired several degrees in the arts and sciences. Now she writes speculative fiction in Portland, Oregon. Her debut novella, Every River Runs to Salt, is available from Fireside Fiction. Contrary to the rumors, she is probably not a secret android. Rachael is a World Fantasy Award nominee and Tiptree Award honoree. Her fiction has appeared in dozens of venues worldwide, including Lightspeed, Beneath Ceaseless Skies, Strange Horizons, and all four Escape Artists podcasts. Follow her on Twitter @RachaelKJones.

K. Tempest Bradford is a speculative fiction writer by night, a media critic and writing instructor by day, and a podcaster in the interstices. Her short fiction has appeared in multiple anthologies and magazines including Strange Horizons, Electric Velocipede, Diverse Energies, In the Shadow of the Towers, and many more. She’s the host of ORIGINality, a podcast about the roots of creative genius, and contributes to several more. Her media criticism and reviews can be found on NPR, io9, and in books about Time Lords. When not writing, she teaches classes on writing inclusive fiction through LitReactor and WritingtheOther.com. Visit her blog at KtempestBradford.com and her Patreon at patreon.com/ktempestbradford.