“The Sweet Life” by Aidan Doyle.
Read by Graeme Dunlop.

First appeared in Every Day Fiction in 2014.

“My Wife is a Bear in the Morning” by David Steffen.
Read by Sean D Sorrentino.

“About The Bear” by Spencer Ellsworth.
Read by Cheyenne Wright.

“On Not Noticing A Bear” by Amy Sisson.
Read by Wilson Fowlie.

First published in Every Day Fiction in December 2014.

Have a look at the painting which was the story’s inspiration.

Amy Sisson is a writer, reviewer, librarian, and crazy cat lady. Her work – including the “Mr. Featherbottom” series – has appeared in numerous anthologies and publications, including Abyss & Apex, Daily Science Fiction, Toasted Cake, and PodCastle.

David Steffen writes video processing algorithms for traffic control systems by day, and writes fiction at other times. He lives with his wife and three dogs in Minnesota. He is the co-founder of the Submission Grinder, and co-edits the non-fiction zine Diabolical Plots. His fiction has been published in many great venues including Escape Pod, Daily Science Fiction, Bull Spec, AE, and Pseudopod, as well as Tina Connolly’s Toasted Cake podcast.

David has been running periodic “Best Of” podcast fiction lists for many years, including Diabolical Plots Best of,  The Best Podcast Fiction of 2014 for SF Signal, and a mega-list of The Best Podcast Fiction of All Time, also for SF Signal. He has also created the Long List Anthology, which is a self-publishing anthology project collecting stories from the longer Hugo Award nomination list. (Info and vendors here.) David has been a dedicated listener to all the Escape Artists podcasts for years, and you can find him on the forum as “Unblinking”. 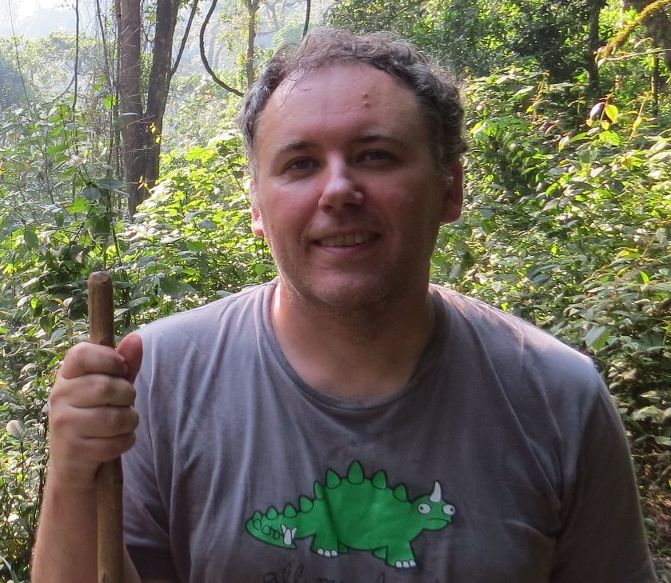 Aidan joined PodCastle as an Associate Editor in 2016.

Spencer Ellsworth wrote his first novel at seven years old. (It was called Super Tiger, and it was pretty lit.) He hasn’t stopped since. His short work has appeared or is forthcoming at Lightspeed, F&SF, Tor.com, Beneath Ceaseless Skies, and the best market ever, Podcastle. His first novels, a space opera trilogy called Starfire, are coming at binge-read speed from Tor.com in 2017. He lives in the Pacific Northwest with his wife, artist & designer Chrissy Ellsworth, and three children of the apocalypse.

Sean D. Sorrentino lives in the Raleigh, North Carolina area with his wife and his dogs. He has narrated stories for PodCastle and Pseudopod.

Jen Albert is an editor, writer, and former entomologist. She works full-time as an editor at ECW Press, an independent publishing house based in Toronto, where she enjoys working on books of all kinds, including speculative fiction, popular science, and LGBTQ fiction and non-fiction. She became co-editor of her favorite fantasy fiction podcast in 2016; she now wonders if she still allowed to call it her favorite. Along with her co-editors, Jen has been nominated for the World Fantasy Award and the British Fantasy Award for her work on PodCastle.