Hedrana, the Lord-Governor’s aunt, arrived the next morning. She banged on the necropolis door as if she’d been locked out of her own house. “Hello! I won’t be kept w-aiting!”

If Hedrana’s shrill, sing-song voice couldn’t wake the dead, nothing would.

Royzca was already awake, but she took her time shuffling down the hall, her hip aching as it did every morning. Onyo joined her from his room. “Do we have to let her in?” 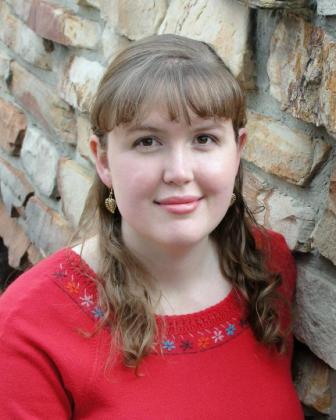 M.K. Hutchins regularly draws on her background in archaeology when writing fiction. Her YA fantasy novel Drift was both a Junior Library Guild Selection and a VOYA Top Shelf Honoree. Her short fiction appears in Podcastle, IGMS, Daily Science Fiction, and elsewhere. A long-time Idahoan, she now lives in Utah with her husband and four children. Find her at www.mkhutchins.com.

Julia Rios is a queer, Latinx writer, editor, podcaster, and narrator whose fiction, non-fiction, and poetry have appeared in Latin American Literature Today, Lightspeed, and Goblin Fruit, among other places. Their editing work has won multiple awards including the Hugo Award. Julia is a co-host of This is Why We’re Like This, a podcast about how the movies we watch in childhood shape our lives, for better or for worse. They’ve narrated stories for Escape Pod, PodCastle, Pseudopod, and Cast of Wonders. Find them on Twitter as @omgjulia.