The Canadian National Railway wants to know what to call the copper town tucked into the dogleg on the border between Manitoba and Saskatchewan. The radio operator says they’re threatening to call it Flin Flon – if they don’t hear any different from us.

We all laugh ourselves giddy at that, all of us in the Hudson Bay Mining and Smelting Co. Ltd. Go ahead, we say, call it Flin Flon. Bad luck to call it anything else. It’s the only name the place has had for its 15 years now, and if that’s not the judgment of history in these uncertain times I don’t know what is.

All of us in the mine company know the story of how Tom Creighton named the place for a character in a dime novel, back in 1914. Tom himself tells it to anyone who’ll half listen.

But he never tells the story of how he found the novel in the first place, and what that book did, once he started to read it. He never says where the book is now. I hope it’s fallen apart, battered into mush by the rain and snow. Unreadable. 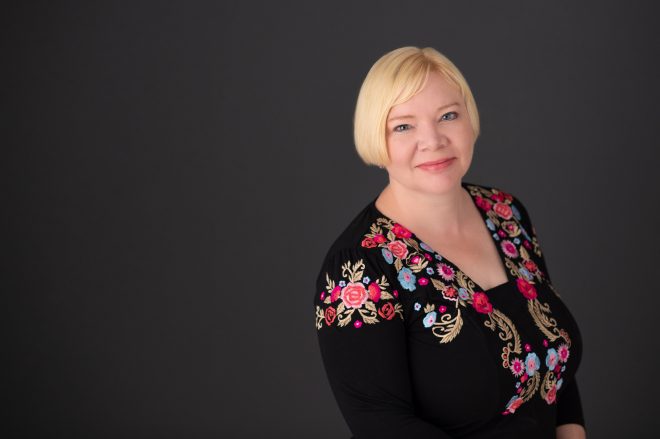 Kate Heartfield’s latest novel, The Embroidered Book, is a Sunday Times bestselling historical fantasy about Marie Antoinette and her sister Charlotte. Several of her short stories have appeared in PodCastle. She is a former journalist who lives near Ottawa, Canada.