Ah, Borquil, lucky Borquil. Many the balconies of his gilded mansion: north over the spice market; east where he sipped tea at dawn; west for opium. And south? Great Borquil never looked south.

The sun shone on the Northern capital as it did every day. Borquil had seen to that. Had grown rich on it: the famous Sunshine Baron! By night, a gentle rain would patter over the fields and fill a few cisterns before sliding gently seawards on the Farg River, sweet-natured these days, ‘though its name meant “angry” in the old tongue.

“I calmed it all down,” muttered Borquil. “Me. They should be more grateful.”

The northerners had shown gratitude at first. The king loved him. Whole provinces voted him honours and over the years, as Borquil grew plump and the nightmares disturbed him less and less, aristocrats welcomed him into their homes. “A foreigner no longer!” they said amongst themselves. “He is truly one of our own!” Sure, they found it odd how he refused to travel more than a day south of the Farg river, but they too were rich enough to have ghosts they’d rather avoid. As the saying went: “no man lies in his own poop.”

But now, how inconvenient for poor Borquil! Revolution had come to the Kingdom of the North. His aristocratic friends were losing their heads in the streets outside. And the mobs had come for his blood too. The double doors leading to his courtyard splintered and buckled under a battering ram. He had perhaps an hour to live. 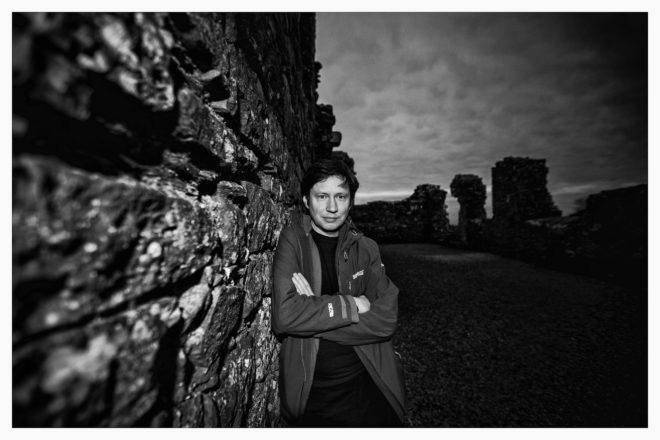 Irish writer Peadar Ó Guilín is the author of the YA novel, The Call, inspired by the beautiful northwest of Ireland where he grew up. The Invasion, a sequel to The Call and the end of the duology, was published in March 2018. His fantasy and SF short stories have appeared in numerous venues, including PseudoPod and PodCastle.