Juan Caceres in the Zapetero’s Workshop

Juan Caceres swayed triumphantly back into San Pedro Sula on a Wednesday.  Hours had passed, but the foggy, laughing dizziness from the ogre toe he had snorted had not worn off.  He stumbled from the bus station and weaved between angry white taxis jamming the narrow streets.  Old goblin ladies trundled wooden carts of soup, mango and tortilla.  They hissed and watched with yellow eyes, so that he could not sneak fingers around an unwatched tortilla.  His stomach ached.

Begging for food would not work, dressed as he was in all his goblin finery.  He traded his white school shirt for a stained t-shirt to a kid whose goblin sickness had wrapped his fingers in fine scales.  Another kid, huffing into a bag of ground pixie, traded Juan Caceres his old shorts for the school slacks.  Only the kid’s fingers had gone green.  There was still time for him.

“Get yourself some more ground pixie, brother,” Juan Caceres said.

The fingers of Juan Caceres the trickster were smooth and brown.  Goblin sickness might chase him, and thick-skinned police and fork-tongued social workers might roam the streets like predators, sweeping up unwary kids, but Juan Caceres was too clever. 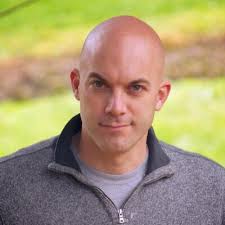 Derek Künsken left molecular biology to work with street kids in Central America and eventually found himself working for the Canadian diplomatic world with refugees in Colombia. He now writes science fiction and fantasy in Gatineau, Québec. He has two published novels: The Quantum Magician and The Quantum Garden. He’s also creating comics. He has a YA webcomic called Briarworld at webtoon.com with artist Wendy Muldon, and a comic book version of “Franken-Puppy” on Comixology with artist Trevor Markwart in FLIP Vol 2.

Roberto Suarez has had the privilege of narrating stories for PodCastle, PseudoPod, Cast of Wonders, and Escape Pod. He has co-hosted and produced fan podcasts for the TV shows Spartacus, Game of Thrones, and Westworld. You can find Roberto online @PuertoGeekan.