Sittin’ Round the Stewpot

This is a true real story, granda said, stirring the mush that we were gonna have to eat that night, and the next night, and the next too, probably.  He coughed for a full minute, then finally spit out a plug of gunk.  He scuffed his mess into the dirt.  This is a true real story, not like the shit you hear from them liars down by Blue Street.  He looked at me when he said shit.  I just looked back at him.  Stupid old man still thought I was a boy.  This is a story about the old days, he went on.  The ancestor time.  Do you know what ancestor means?  I sighed and took the spoon away from him and started stirring the mush myself, because the old man was like to let it burn.  Granda, I said, I’m the one that reads you them old storybooks, when you say you can’t find your good glasses.  He said, this is about the old days, when we had dogs.

Not dogs again, I said, but granda had no mind to heed me.  He was staring out the window at the last red edge of the sun easing under the earth.  Ever since they burned down the warehouses ‘long river side, we got a real nice view of the sunsets.  You don’t remember, he murmured, and I wanted to spit myself.  Sure I remembered.  I used to play in the warehouses when I was little, me and a bunch of other kids.  We’d look for stuff.  Nails and screws, bits of plastic not yet so brittle they couldn’t be shaped.  It was dangerous, cause of the big buckled gaps in the floors, the fallen stairs, the crumbling walls, and the rats.  And sometimes men worse than rats.  Only granda was still jawing about dogs, not the warehouses.  Time was, he said, long ago, people and dogs had a real sweet deal going.  We was like partners.  Lived together in the same house.  Ate together.  Worked together, played together.  Slept together.  Didn’t hardly need no blankets in winter, with a couple dogs up on the bed with you.  Not that it was all sweet, I ain’t gonna lie.  Dogs, they had a mind to sprawl, and fart in their sleep.  Fleas.  That was a pain in the ass.  Oh, and their breath. The stink?  Boy, you have no idea.  You think this mush here smells bad?

No, granda, I said, but he wasn’t heeding me at all. Just wait till you been licked all over your face by a woof-woof with tartar teeth and gums red as fire.  Whew, you like to die.  He took the spoon from me and dipped up a little mush, looked at it, then let it fall back into the pot.  You never will, though, will you.  Get licked in the face by a dog.  Play ball with a dog.  Hunt with a dog.  Some folks still got pictures.  You know, the flat kind.  Photos.  Snaps.  You seen them?

Patricia Russo occupies space somewhere between the shadow of a statue, and an entry in a diary. 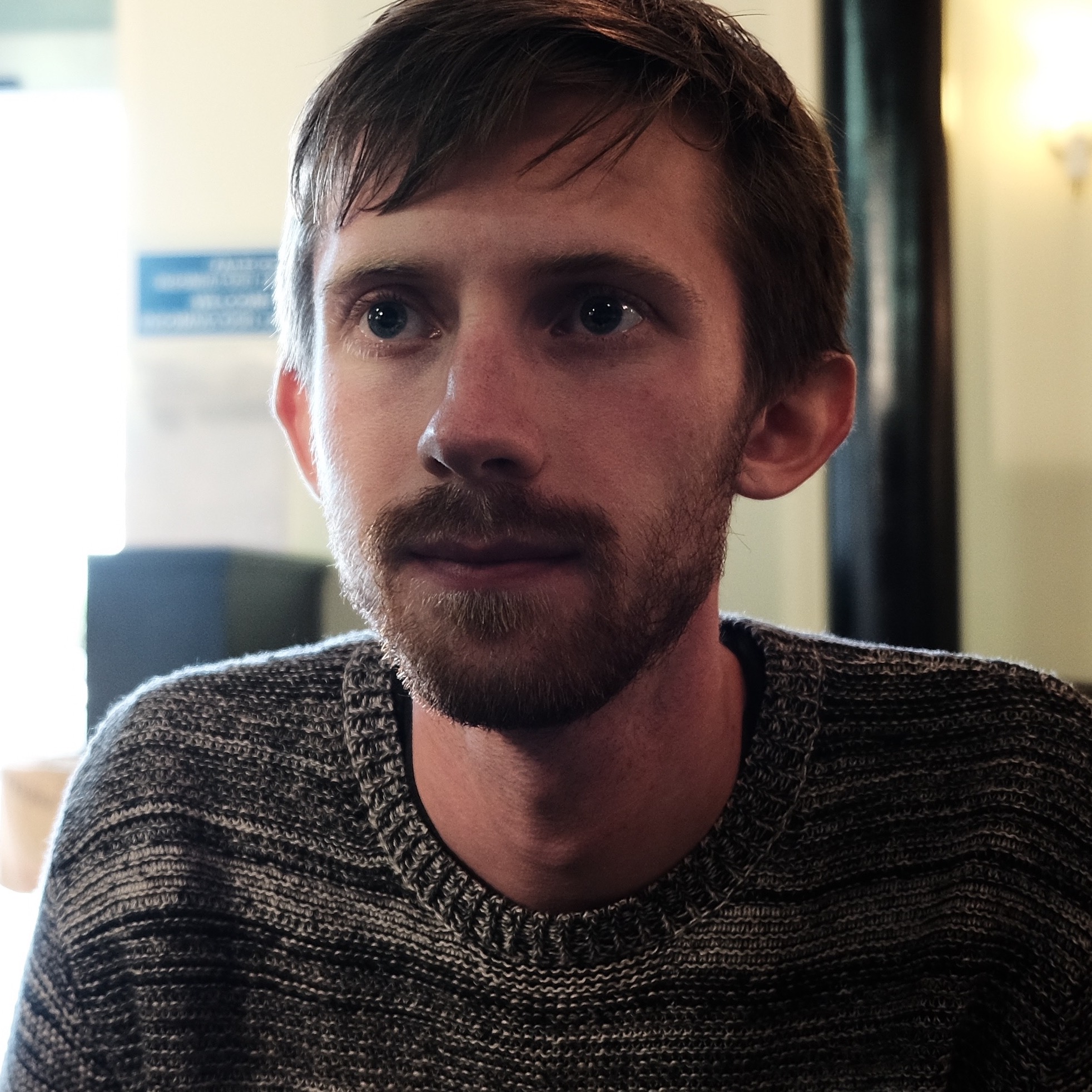 Cian Mac Mahon is an Irish Software Engineer who in a past life was the world’s youngest professional podcaster, ran a radio station and very nearly ended up being a journalist.

While he hopes to some day revive his show which podfaded many years ago, he now spends most of his free time playing about with cameras and cooking, as old microphones and sound-desks lurk in the shadows, right at the edge of eyesight.