Once upon a time, in a land radiant with stars and redolent of sandalwood, where peacocks breakfasted on dreams salty with the residue of slumber, a rani mourned. On the surface, the rani had everything: a kingdom to care for, fine jewels to wear in her long black hair, silken saris threaded through with silver and gold, and a garden of roses and jasmine to rival that of Lord Indra in his celestial realm. When she rode atop her warrior elephant, her subjects
bowed before her in awe and love. But one thing remained out of reach–an heir. She longed for a small, smiling face to call her own.

Gulabi Rani consulted midwives, healers schooled in the art of Ayurveda, and magicians. Knowing better than to refuse a monarch, they plied her with charms and salves, medications and horoscopes. She ate the roots and leaves of the shatavari plant as they recommended, and drank creamy buttermilk while fastidiously avoiding the color black. Yet her belly stayed flat. At last the healers admitted that, without a husband, there was no hope.

But the rani did not want a husband. Nor did she suffer from a lack of hope. After dismissing the healers and her servants both, she readied a place in the garden. If no one else could help her, she would find the answer herself. Surrounded by her beloved roses, garnet and pink and ivory, Gulabi  meditated for weeks on end. 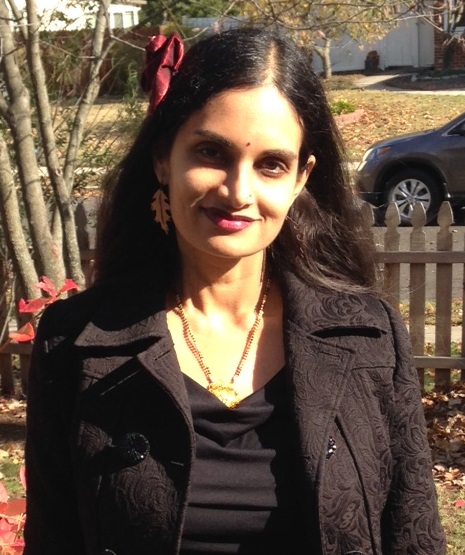 Kaushik Narasimhan is a management consultant by day, writer by night and psychonaut every weekend. He tweets at @kazarelth.