Ann tracked the seabed rising for days, or hours, or minutes that felt like months, before the jolt of the ship knocking against the harbour wall jarred her eyes open. Water sloshed in the hollows of the hold. The salted ribs of the ship were singing, as were the tin ingots stacked twenty deep at her back. Under the nasal whine of wood and metal Ann heard the slow, deep hum of earth and stone.

She didn’t need the sailors to tell her they had arrived. She flattened her shoulders against the ingots and took a breath. Then another. Her lap was full of dust. The limestone slab that had weighed down Ann’s knees at the start of the voyage was only a pebble. Ann rolled it between her palms. She could hear Tethys scratching at the wooden walls.

The trapdoor opened. Ann crushed the pebble between the heels of her hands and experienced a flush of clearheaded energy. Tethys broke all Her promises. But not this one. 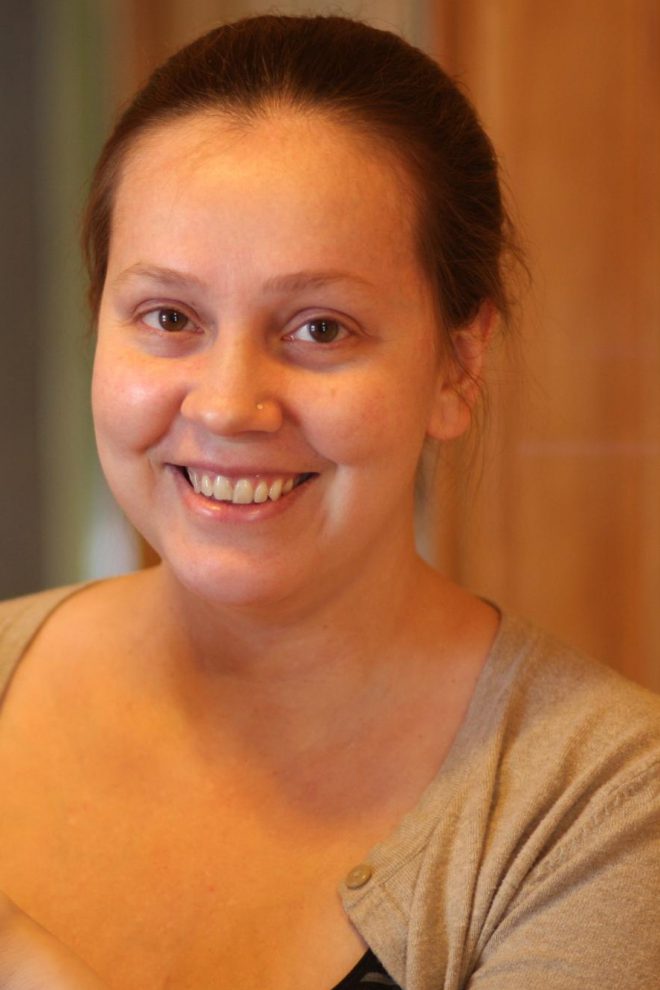 Abra Staffin-Wiebe loves optimistic science fiction, cheerful horror, and dark fantasy. Dozens of her short stories have appeared at publications including Tor.com, F&SF, Escape Pod, and Odyssey Magazine. She lives in Minneapolis, where she wrangles her children, pets, and the mad scientist she keeps in the attic. When not writing or wrangling, she collects folk tales and photographs whatever stands still long enough to allow it. Her most recent book, The Unkindness of Ravens, is an epic fantasy coming-of-age story about trickster gods and unlikely heirs. Enjoy an excerpt at: http://www.aswiebe.com/moreunkindness.html